2017 accounting trends and opportunities16 May 2017Next

If you are about to enter your degree final year – or are considering signing up for a new course of study – you may have your eyes on the global jobs market.

Indeed, the skills gained from studying teaching, accountancy, business, finance and hospitality are highly valued by employers overseas as well as in the UK. So has Brexit made migration harder? Indeed, what affect has it had on the UK job market?

If you have your sights-set on a job in the UK after you finish your degree, Brexit could be good news.

Though the detail is in debate (and there have been calls to protect the rights of EU nationals living and working in the UK), it seems likely that many people will choose or be forced to return to their countries of birth.

British employers who have traditionally welcomed or even actively encouraged applications from overseas will find recruiting EU nations a great deal harder post-Brexit. This is partly as they will face the same costs and paperwork that thwart many attempts to employ non-EU applicants now.

Also, applications from overseas may dry up substantially. Many skilled EU applicants will be put off by new work permit rules and the prospect of red tape and delays. Moving freely to posts in other EU countries will no doubt be more appealing than jumping through hoops to come to Britain.

The business sector that will be affected most is hospitality. Up until the referendum, there were believed to be around 442,000 EU migrants working in Britain’s hotels and restaurants. A high proportion of these will fail visa requirements to stay here if they face the same procedures as current non-EU workers.

This all clearly leaves increasing numbers of jobs open to British nationals and an emphasis on up-skilling the local workforce to fill gaps.

Not so good news for overseas employment

Britain’s exit from the EU is subject to lengthy negotiations and the outcomes are purely speculation. However, most pundits believe that for British people, moving around Europe to follow their dream posting will be much harder.

Indeed, recruitment opportunities within foreign businesses with a current base in the UK are already drying up. Several major international businesses are getting ready to move out of London and the UK in general. If they want to be at the heart of the EU, then they need to relocate elsewhere.

And if you do manage to get a job in an EU country, your citizenship rights are no longer clear either. You may face a higher cost of living, particularly for local healthcare provision.

Certainty in a cautious period

One of the few certainties in an era of change and caution is that business and commerce in Britain will need skilled indigenous applicants to make progress.

To find out how studying at Mont Rose College in Ilford opens up your career prospects at home and overseas, contact us today. 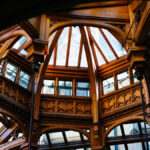 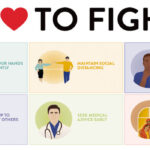