Why you should choose a HND Business courses13 July 2016Next

Ever since the London 2012 Olympic Games spearheaded a major regeneration programme, east London has become an increasingly popular place to live.

The ‘ripple effect’ from the creation of the Olympic Park in Stratford has reached the London Borough of Redbridge, which includes Ilford at its heart. The town has an array of major stores and smaller shops to browse, while its centrally located railway station offers fast and direct services into Liverpool Street. The many new residential developments near to the station are proving attractive to City workers who can commute into London with ease.

Ilford has several large parks and open spaces, none more attractive than Valentine’s Park. With its lake, playgrounds and well cared-for flower beds, it is a ‘green lung’ for Ilford’s residents of all ages. The cricket ground stages game every weekend during the summer, while the recently restored Valentine’s mansion is a popular venue for events, exhibitions and weddings.

Valentine’s Park, is, however, best known as one of the venues for ‘The Great British Bake Off’. The programme’s stars, Mary Berry and Paul Hollywood, are frequent visitors to Ilford whenever the hugely popular TV series is being filmed there. You can see Valentine’s mansion in the background of many camera shots.

Colleges in Ilford is a particularly popular place to live due to the exceptional quality of its education. Redbridge usually appears near the top of the primary school league tables, while its secondary schools are often among the best in Britain. Redbridge maintains a grammar school system, and a place at Ilford County High School for boys or Woodford County High School for girls is very highly prized.

For Higher education, the study from the Best colleges in Ilford

Higher education in Ilford is also of the highest quality. Prominent among the best colleges in Ilford is Mont Rose College, a partner of Bucks New University, offering HND, HNC and Degree programmes in Business, Accounting and Finance, Hospitality, Law and Teaching. All Mont Rose’s courses are funded by Student Finance England and students are eligible to apply for funding.

Ilford is located right on the border between London and Essex, which gives its residents access to both the bright lights of England’s capital and the open space, coastline and quieter pace of life in more rural Essex. Whether you are a single person or couple looking to put down roots or a family seeking an established town to call home, Ilford ticks all the boxes. 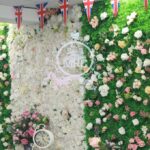 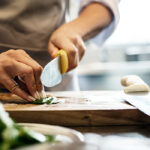 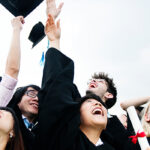